In a world when language is often twisted, talking straight can be powerful for brands.

Will a subtle change in your vocabulary help motivate action? Or can a small inflection in tone help make sure your message is better received?

A recent switch in The Guardian’s style guide got us thinking. Gone are references to “climate change” and in comes “climate emergency, crisis or breakdown”. Their aim is to frame a more scientifically-precise approach to how they report “the environmental crises facing the world”. 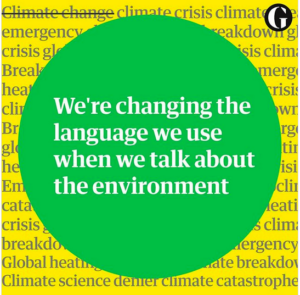 From the Spin Doctors of the Blair era to the more recent Trumpian phenomenon of ‘Fake News’, political players have long nurtured a knack for verbal dark arts.

Dominic Cummings’ decision to tweak the Vote Leave slogan from “Take Control” to “Take Back Control” suddenly gave the message greater emotional resonance. It tapped into people’s sense of having lost power and their feeling that the past was better than the present. It’s exactly the same sentiment Donald Trump’s “Make America Great Again” appeals to.

While Cummings’ change was very slight, it was enough (if Benedict Cumberbatch is to be believed) to swing the Brexit referendum and shape the course of history.

The same understanding of nuance is important for charities. When we’ve worked with Breast Cancer Now and The Brain Tumour Charity, we’ve been careful to get away from traditional narratives around cancer. They tend to focus on the language of battle. People are told to ‘fight until the end’ and to ‘defeat’ or ‘beat’ cancer – which they can do if they ‘stay strong’.

It’s sadly just not true. Many people succumb to cancer regardless of how strong they are.  And continually fighting a battle over which you have very little control is disheartening, exhausting and ultimately counterproductive. In our view, it’s better to focus on the language of support, motivation, determination, hope and progress.

If only all brands were so sensitive. When Mark Zuckerberg responded (5 days late) to the Facebook / Cambridge Analytica scandal in 2015, the one word conspicuous by its absence was ‘sorry’. The 900+ word Facebook post got as far as, “We have a responsibility to protect your data, and if we can't then we don't deserve to serve you”, but it failed to say sorry or recognise the damage done and tried to shift any blame away from Facebook.

“The good news is that the most important actions to prevent this from happening again today we have already taken years ago”. Thanks Mark. Now what about the state of our democracy?

A full-page newspaper advert which finally apologised followed, but even that felt evasive in tone. 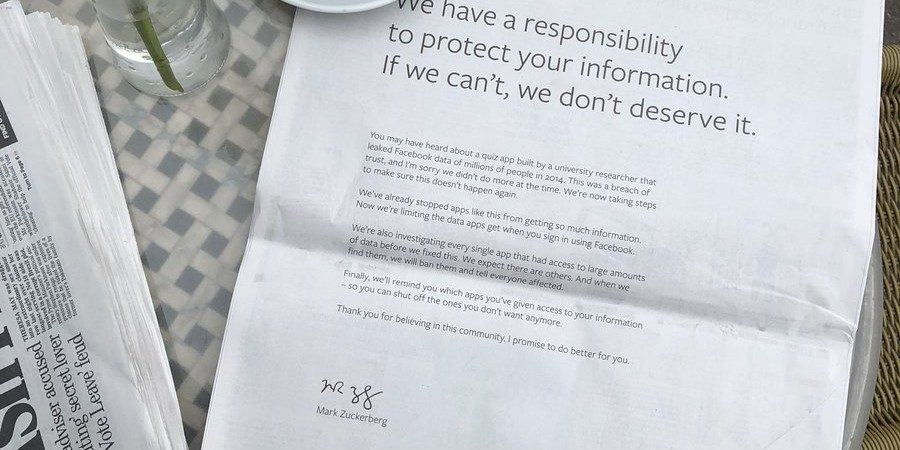 The whole episode echoed the VW emissions scandal of the prior year, where Michael “CEO of VW America” Horn’s apology felt lacking in real remorse and vague in what was being done to repair the damage. Both companies lost billions. And while the damage had already been done before their responses – an opportunity to begin to rebuild trust (and stock value) was missed.

When you’ve made a mistake, it’s better to take responsibility, apologise – and mean it – and be precise about the steps you’re taking to rectify the damage. Facebook may have managed the last bit (VW didn’t), but if you fail to get the content of your message right – if you fail to apologise properly – no amount of nuance will stop your message from missing the mark.

KFC shows us how to apologise properly, turning a supplier disaster into a perfectly pitched ad to win people back: 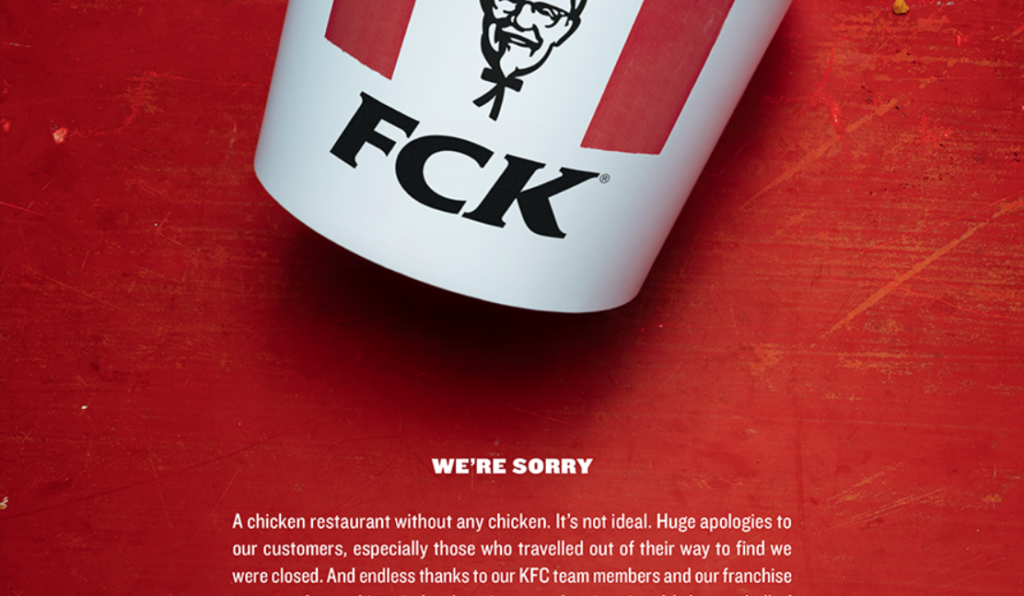 Back to the future

So, what of The Guardian’s talk of climate crisis – will it change the world? Well, words alone won’t achieve anything. Averting ecological disaster needs action. But hopefully some carefully chosen words can help inspire that – and in a time when US energy officials have rebranded US-produced natural gas as "freedom gas" (no really), some straight talking has never felt more necessary.

Because when you have shrewd political figures harking back to the past, perhaps it’s time to start talking about the future with a sense of urgency, motivation and perhaps even a little positivity. And when people are undermining climate science and trying to muddy the waters – being crystal clear with your language can make all the difference.