“To its great credit, Wimbledon has been a leader in bringing about change and improvement in the sport.”

This quote comes from Fred Perry, a man that won eight grand slam titles and built one of the best-known sports apparel brands in the world. Who better to comment on how sports brands succeed?

His insight is that leaders in their field don’t obsess over their heritage; nor are they driven by a paranoid desire to cling to their pre-eminence. Instead, they’re driven by the same core question: what can we do for the good of our sport?

That’s how they decide which traditions to hold on to and which to let go. It’s how they tell the difference between meaningful progress and meaningless gimmickry. So, remember Fred Perry’s sentiment as we explore the challenges faced by three elite heritage sports brands who strive to remain relevant without compromising on tradition. And we might even provide some answers along the way. 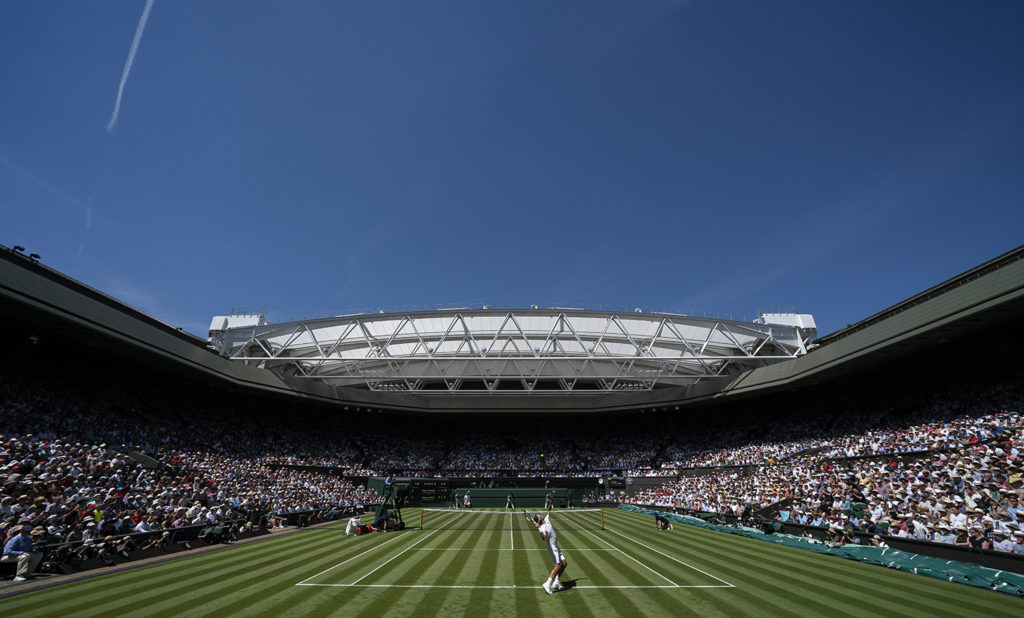 View of Centre Court as Roger Federer SUI plays Dusan Lajovic SRB in the first game of the Gentleman's Singles during The Championships 2018. Held at The All England Lawn Tennis Club, Wimbledon. Day 1 Monday 02/07/2018. AELTC/Bob Martin

When a brand is established, confident, and cool, complacency is often not far behind. How can a brand that’s dominated for hundreds of years stay motivated in the pursuit of greatness?

You know Wimbledon, and you know it well. It’s strawberries and cream. It’s tennis whites. It’s line umpires who look like they’ve been shot on black and white film. It’s safe to say the Wimbledon brand is confident. Put it this way - this brand’s reputation remained unscathed by the release of 2004 romantic comedy Wimbledon. Reader, this was a film in which Paul Bettany was the leading man and John McEnroe did an unconvincing impression of himself. This is a strong brand. Bow in the presence of greatness.

You could argue that a great deal of Wimbledon’s success is down to the fact that we’re living in the golden age of tennis. But that’s been true for some time and this peaked interest may well continue, but you can’t bet on it. Now, more than ever, it’s crucial to experiment with the way they engage their audience.

And this idea is what drives the Wimbledon brand: the pursuit of greatness. A message courses through the organisation, and always has. It’s quite a generous idea to hold at the centre of a brand. That’s because it’s outward-looking, it applies to tennis as a whole and not just Wimbledon. Their pursuit of greatness is pure and ever present.

They need to hold on to all that makes them great without getting comfortable.  Wimbledon know it’s not enough to just "release a pretty trailer". The brand has the chance to get really creative. It’s easy to forget that the championships are only on for two weeks each year. Building and maintaining loyalty is a major brand agenda.

That’s why they refuse to rest on their laurels and Wimbledon has sought to energise every aspect of their brand. From food, drink and sustainability to going beyond broadcast and using social media and digital to enhance the viewer experience. Wimbledon has to find a way to maintain an exclusive image that appeals to both the rising number of younger viewers without alienating the old guard.

A strong sense of tradition doesn’t mean a brand isn’t subject to change. Wimbledon drives innovation while staying true to all that’s made the Championship so successful. 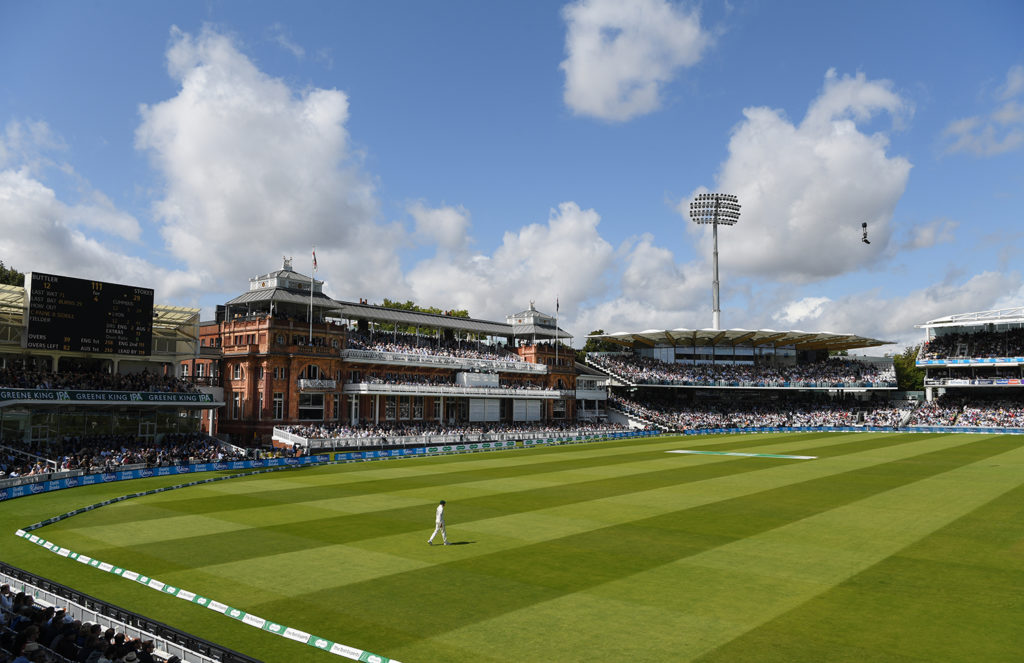 A general view of the Lord's Pavilion during day five of the 2nd Ashes Test match between England and Australia at Lord's Cricket Ground
August 18, 2019 in London, England (Photo by Stu Forster/Getty Images)

How can a brand protect over 230 years of established heritage, provide a best-in-class experience, independent thought leadership and stay on top of innovations in the game?

For MCC, the guardians of Lord's cricket ground, it’s about pushing boundaries.

They don’t just maintain standards and traditions; they evolve and improve upon them. That means MCC needs to maintain the strength to protect their heritage and the bravery to progress. MCC need the confidence to make informed decisions that help fuel innovation, all while making sure they’re making choices that resonate with their target audience. And the overarching message that runs through all of this?  Everything they do is for the good of the sport. It’s all for the good of cricket.

Elly Cockcroft, former Head of Marketing, Brand, and Digital at MCC, points out that when you’re “a private Member’s Club, owners of Lord’s and guardians of the Laws of the game” the challenge becomes quite complex quite quickly. Yes – the MCC has a rich history made up of countless memories, signatures, and experiences. But they’ve shown they can be flexible in adapting and refining their brand story.

The thing is, MCC is a private member’s club with a public purpose. They answer to their members, but also have a responsibility to cricket fans everywhere. And MCC knows this all too well: any and every decision has the potential to alienate members. If the club fails to keep current, they could miss the opportunity to introduce new audiences to the sport and ultimately, their brand.

That’s why they are looking to evolve the game without losing its spirit. For example, their brand refresh updates their tone of voice so they can reach a wider audience than ever before. As guardians of the game, they have a responsibility to be able to tell the difference between a fad versus an innovation that has the potential to advance the game and resonate with their target customer.

Much like Wimbledon, when these moving parts align MCC ends up with something truly authentic. They’re a brand that’s acting for the good of the sport, not just for themselves. This timeless spirit is one that Elly Cockroft proudly states, is something “most other brands spend millions trying to recreate.” 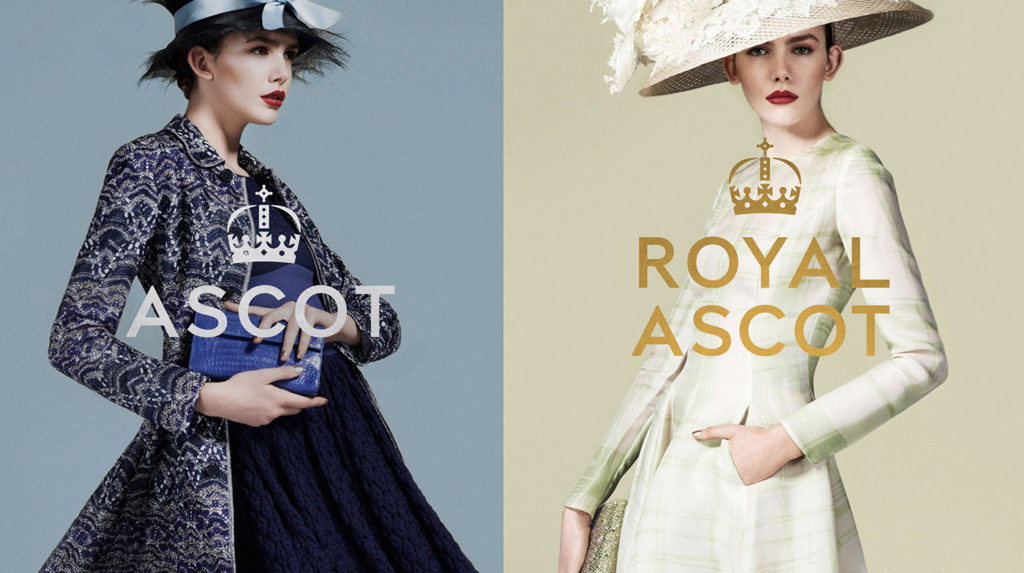 How does a brand that was founded in 1711, that’s renowned for its royal heritage and privileged status and prestige, also appear to be accessible?

At the heart of the Ascot brand is a promise: raise the standard. It serves as a directive for the entire organisation. This central tenet brings the brand to life, preserving tradition while translating it meaningfully into new, exciting occasions.

Prestige versus accessibility is a critical communication to navigate. That’s why with the help of The Clearing, Ascot wanted to refresh their brand. This refresh was driven by their desire to engage a wider audience and shift perceptions around their brand without losing their core.

One the one hand, if you’re too exclusive your brand can come off as impersonal, imperious and unattractive. On the other hand, if the brand is too accessible it can become ubiquitous and all of a sudden, you’re Burberry circa 2003. And on the third hand, if you strike the right balance between the two your brand can be aspirational. Congratulations, you’re Winona Ryder in the 90s! Or Meryl Streep all the time.

This is where their flawless visual identity and delicate tone of voice comes in. This solution sounds simple. But as Wimbledon, MCC, and Ascot know all too well – it’s tricky to get right. A warm tone of voice can go a long way in maintaining a brand that’s welcoming rather than restrictive. When executed consistently across all products, services, and spectrums of entry prices, it can make a consumer feel special. And since their rebrand, Ascot’s visual identity can act as a quality stamp. This powerful icon allows the brand to stretch across different categories and maintain an incredibly strong licensing portfolio.

As in all cases, but especially in branding, it’s always better to show and not tell. That’s why Ascot comes to life through their values, behaviours, services that unite the organisation and brand. That’s the Ascot way. And as the world changed around Ascot, they have been able to stay true to their core message. To keep raising the standard. And I’m sure we’ll be able to say the same in another 300 years.

What can you do to future-proof an elite heritage sports brand?

Our three clients Wimbledon, MCC and Ascot show that it's important not to stray too far from your centre: everything a brand does should be for the good of the game, match or race.

First, concentrate on building something that can never be replicated. Second, join up physical, digital and broadcast to deliver an extraordinary experience for members and fans. And third, don’t exclude the past, use it to build the future.

Tradition is important, but it should never constrain a brand’s path to innovation. As expertly expressed by Fred Perry, a brand’s heritage is to its credit. Whether it’s Wimbledon, MCC or Ascot, they have always led the sport because they’re the ones with the power to affect change. Total confidence means you’re willing to take chances that other brands couldn’t dream of.

Because brand heritage isn’t in the year it was founded, it’s everything that comes afterward.