(or why honesty wins for VW Beetle, Guinness, Easyjet and Ryanair)

We read books, watch films and hear stories of perfect individuals living their perfect lives. Look a little deeper, and we can see that the stories with the most emotional pull often involve characters that have an underlying flaw - one that might not be instantly apparent, but is absolutely fundamental to the narrative that unfolds before us. Captain Hook’s obsession with Peter Pan, Hamlet’s indecisiveness and nagging self-doubt, Oedipus’s arrogance, hubris and pomposity are all integral to their respective plots, but they’re all traits that help us identify and even empathise with each character. They make them seem and feel more realistic, more relatable, and as a result, more human.

Brands are much the same - each has a flaw, it’s just that some choose to hide them more than others.

I’ve always found it puzzling that the majority of today’s marketing is driven by a constant pursuit of perfection - the desire to communicate how much better one brand is compared to its competitors, despite seemingly offering the same product, service or experience. Of course, we live in a culture that demands continual improvement and progress; our expectation is for brands to continue to outdo themselves, and each other, in the innovation and technological advancement arms races. But all of this ‘must do better’ mentality has become almost robotic, leading to brands hiding and masking their flaws behind charades of well-polished and slick facades. Nobody is perfect. And no brand is perfect. So why even bother trying to pass yourself off as such?

The unvarnished truth
Let me take you back to the 1960’s - to the world of London real estate in the 1960’s, to be more precise. An advert appears in the Sunday Times regarding the opportunity to purchase a property in Battersea. It reads: 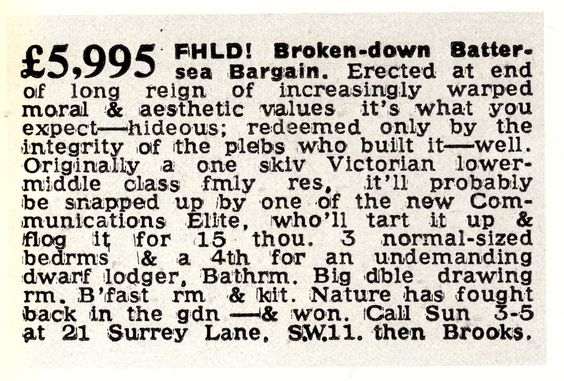 Roy Brooks was a man recognised and appreciated for his refreshing honesty. Within an industry not known for its candour, he forged a reputation for telling the unvarnished truth. Laughter could be heard from the well-dressed windows of the middle-class as they tucked into freshly-baked croissants and drank freshly-ground coffee, vying with their partners to recognise which of their friends’ homes Brooks was describing in his most recent ad. Sometimes, they even failed to recognise that it was their own… This strategy isn’t just a quirk - it tells us that there’s power in admitting weaknesses or flaws. It points to the potential for honest admissions to actually aid engagement, and ultimately profit, for brands.

Telling it how it is
This isn’t anything particularly new - some of the world’s most famous brands have been openly communicating a flaw for decades. The classic and iconic Bernbach-crafted  ‘Lemon’ and ‘Think Small’ ads magnified the odd shape and small size of the VW Beetle - both of which had the potential to turn off potential buyers. By putting these front and centre, and actually building a piece of communication around them, it built empathy for the product and made a connection with people. Genius. 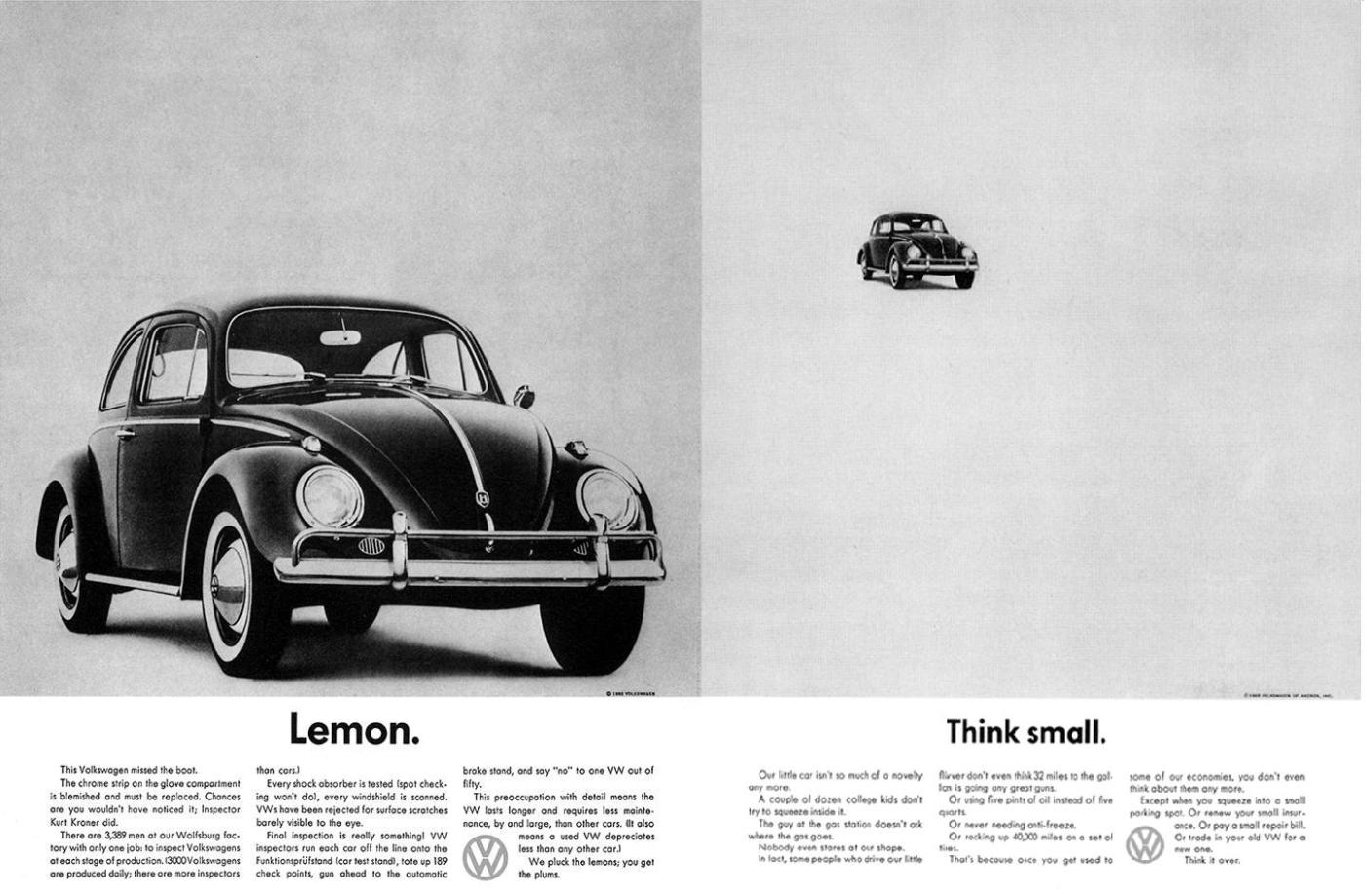 Likewise, the famous line used by Guinness throughout the nineties and noughties, ‘Good things come to those who wait’, highlighted the slowness of the pour in comparison to other beverages - something that may have put impatient beer drinkers off. Confront the flaw head on, highlight that it’s worth waiting for, and you’re not only saying something that sets you apart from your competitors, you’ve established a deeper affinity and understanding with your customer. 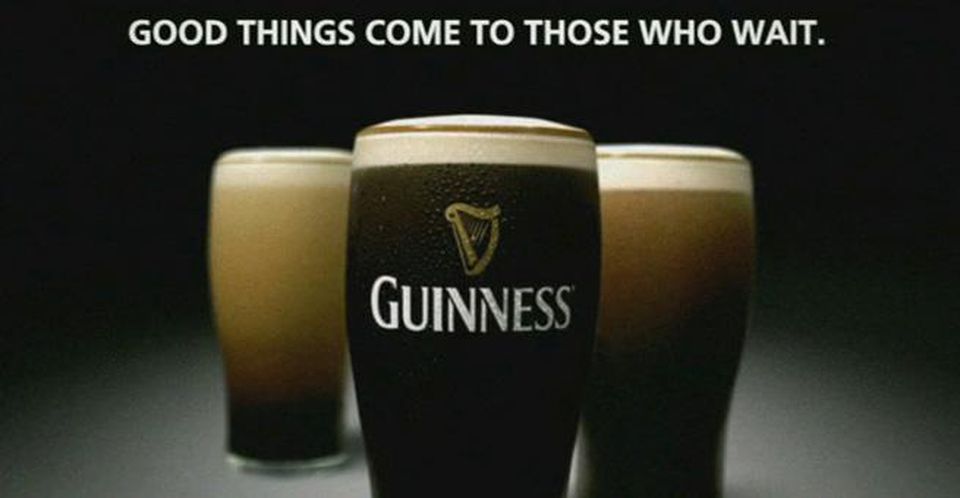 Our suspicion of perfection
The argument for admitting flaws isn’t just limited to the odd award-winning advertising campaign or strapline.

Research by Northwestern University explored the relationship between product reviews and probability of purchasing. In their paper - From Reviews to Revenue Volume 1: How Star Ratings and Review Content Influence Purchase - they examined 111,460 product reviews and linked ratings, finding that the likelihood to purchase a product did not peak at a perfect review score of 5 stars out of 5, but instead between 4.2 and 4.5. The Northwestern research team believes this is because consumers perceive ratings closer to a perfect 5.0 as “too good to be true.” Put simply, we’re too suspicious for our own good - we don’t believe that perfection is worth paying for because we don’t think it’s possible to achieve. Which makes it even more perplexing as to why brands continue to pass themselves off as flawless.

The same logic can be applied to the emergence of new business models. With their cut-price airfares, the likes of Southwest Airlines, EasyJet, Ryanair and other budget airlines massively disrupted a category that was in desperate need of a shake up. Hypothetically, being able to travel the same journey at a significantly lower price than already established operators sounds too good to be true for most customers - and could lead to questions over what such cost-cutting had come at the expense of; safety. But by openly admitting that the trade-off in price was for a compromised service - laughable luggage allowance and less comfier seats that can’t be reserved - they were open and honest about their service flaws, convincing consumers that its shortcomings were in fact in inconsequential areas, and therefore worth paying less for.

It takes serious guts to admit your flaws. Consider what you believe to be your own flaws. Now, how would it feel if you knew that someone not only thought these things about you too, but actually uses them as a reason not to interact with you? Doesn’t feel too great, right?

That doesn’t mean you should flaunt your flaws with reckless abandon, but they can be a more than useful tool when it comes to differentiating yourself from others in your category. A flaw might be hard to admit, and even harder for you to communicate, but when it’s done right the people that matter most will thank you for it - and you’ll likely be able to connect with them even more.

Want to be a successful brand, or become even more successful? Then do away with the pursuit of perfection and fakery. Instead, be pricklier. Be hairier, uglier, more foolish and provocative. Be a brand that makes other brands uncomfortable. Exist in the real world, not the ideal. That means uncovering, understanding and utilising your flaws instead of hiding them away. It means saying something that’s true, authentic and that comes with no regrets. And it means, above all else, being yourself.

The Clearing have been working with The School of Life to develop 100 questions designed to help you see your brand from new perspectives. We think great conversations begin with a great question. This is one of the questions from the box. Email us with your own answers on wildcards@theclearing.co.uk – we’d love to know what you think. You can read more about Wild Cards here.