As the result of the general election starts to settle, the analysis of the campaign is in full swing. Throughout the campaign, and after, we’ve heard people justify their vote, or refusal to vote, by saying they haven’t felt listened to. Regardless of political stance, everyone wants to feel that their voice has been heard. More than heard – listened to and acted upon.

Of course, this desire to be listened to doesn’t just apply to politics. There’s nothing more frustrating than giving your opinion but feeling it doesn’t go anywhere as a customer. With the rise of Twitter, Trip Advisor and Yelp, companies are being forced to listen more to customers. Complaints are no longer a private email with a “we’ll-aim-to-respond-to-you-in-a-week” response from a do-not-reply email address. Complaints are there for everybody to see, forcing brands to not only listen, but also act.

So brands are being forced to embrace listening to customers more and more. Becoming savvier, they are realising that keeping customers happy and loyal is more valuable. It’s 6-7 times more expensive to acquire a new customer than it is to keep a current one (source: White House Office of Consumer Affairs). So they put their efforts into checking customers are happy. They’ve become obsessed with surveys, reviews and feedback. The more data, the better. That’s not to say that all this data is acted upon, mind you. 98% of companies collect customer feedback and/or complaints. But only 8% of companies follow up and convert feedback into an improved experience (Source: Market tools Inc. Survey). And that’s the bit that matters to customers.

But are there times when it’s not a good idea to listen to customers? Being too reactive to your customers’ demands can stifle innovation, limit creativity and kill new ideas. Take something as ubiquitous as Tupperware boxes. Most homes have them but they were initially unpopular because of the bad reputation of plastic in the late 40s – and they didn’t become popular until Tupperware parties 10 years later.

It might be natural now to shop at Lidl and top-up at Waitrose, but before the success of the #LidlSurprises campaign, Lidl was new and unknown with a reputation that it was so cheap it had to be poor quality.  But now it’s one of the nation’s most popular shops; if they’d listened to customers at the start it’s unlikely they’d be in the position they are now.

And when Apple removed the CD disk drive from Macbooks, there was uproar. But now, as CDs become as obsolete as the floppy disk, it’s hard to remember why everyone felt so strongly.

And what about Jeremy Corbyn, the old school rebellious outsider, who started the campaign more unpopular than ever but managed to win the hearts of many in the past 7 weeks?

Driverless cars. Meat in a lab. Robots in our home. These all might seem far away today, and something that most people aren’t comfortable with yet. But the brands developing these aren’t listening to customers’ concerns today, as perceptions take time to evolve and seeing out your vision takes conviction. Will it only be a matter of time before they become commonplace too? 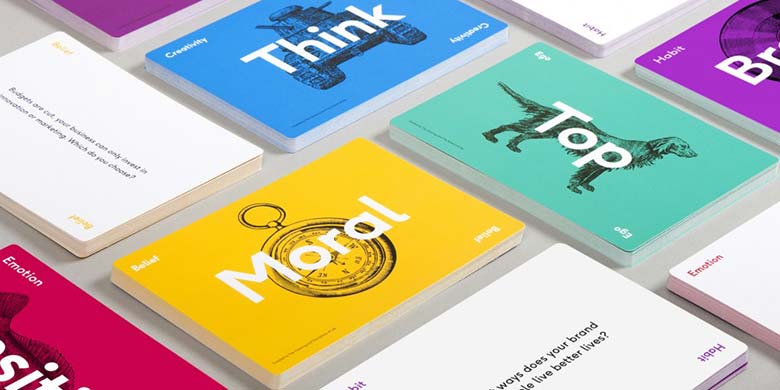