Loud cheers for One Feeds Two and London’s Air Ambulance, both shortlisted for DBA Design Effectiveness Awards ’ we’re so happy to see that the brands we created are still working hard for these important organisations.

A huge thank you to the One Feeds Two and London’s Air Ambulance teams, and to everyone at The Clearing who put so much into creating the work. We’re looking forward to the ceremony in February 2018, where we find out whether we’ve won bronze, silver or gold.

London’s Air Ambulance helicopter trauma team provides immediate medical treatment at the scene of an incident within minutes. When they needed to generate financial support to deliver a 2nd helicopter, we used the livery of the helicopter and rapid response fleet to maximize Londoners’ awareness, understanding and support. Highly visible in the sky and photographed regularly landing in central London locations, it was a missed opportunity covered with sponsor’s logos. 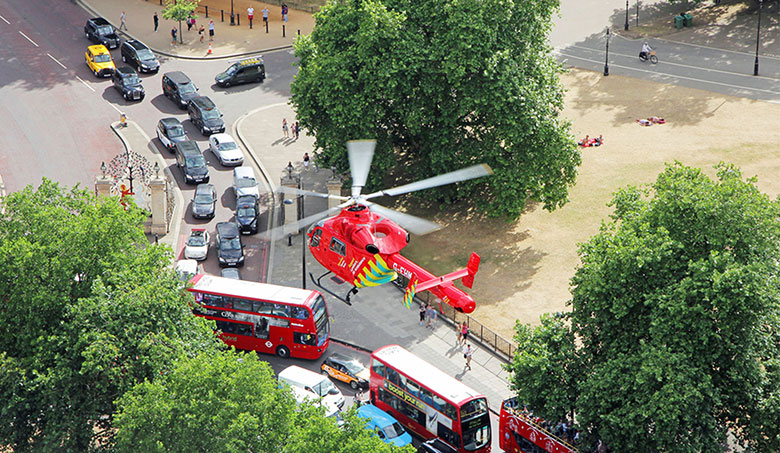 We decided to make the helicopter into a billboard featuring a call to action, the number of missions and the trauma team message. The centre of all PR and fundraising activity, it helped communicate the story every time the image was shared. During the first year of the rebrand, fundraising increased and A?4.5 million of the 5-year A?6 million target was raised within months. A second helicopter was purchased two years after the new design launched, saving more lives in London. 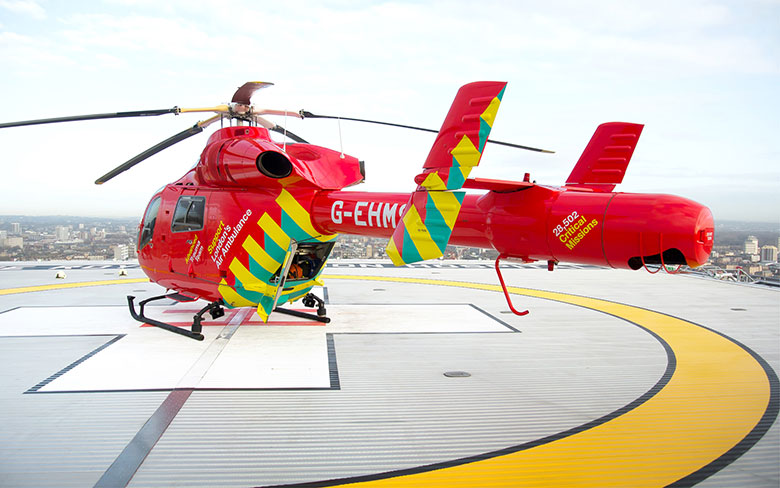 Every soup One Feeds Two sold contributed towards a school meal for a child in poverty. Passionate about the cause, their soup van sales resulted in 40,000 school meals ’ an admirable result, but nowhere near the numbers required to change lives. One Feeds Two asked us to help build a brand that would attract brand partners and allow them to scale the charity.

The new brand launched in 2014. The new visual and verbal identity immediately clinched the deal with national food company Cook, and then attracted the attention food chain Byron Hamburgers (who saw it on our Facebook post). Other partners followed, including Higgidy Pies and Mindful Chef.

One Feeds Two has now delivered over 2 million school meals, and put 10,500 children through school. 75% of these meals result from partner activity and are directly attributable to the new brand which moved the organisation from small concept to global charity.