It used to be that we only saw print advertising while waiting patiently for the 141 or during particularly straining commutes on sardine-can train carriages. But now – as with most things we hold dear in our lives – it’s much more likely you’ll stumble across the nation’s newest posters in your work inbox or while scrolling the lengths of your Twitter feed. The latest offering doing the rounds is Oasis’ new summer campaign, already being touted as one of 2016’s marketing juggernauts. 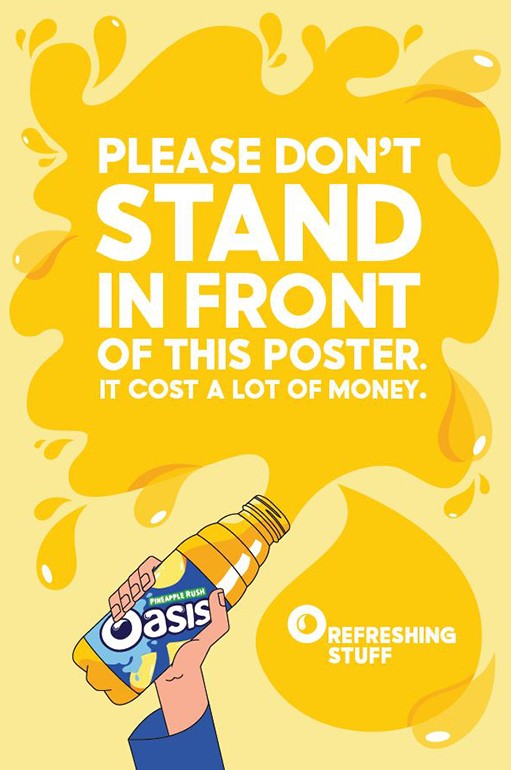 Bold in colour and in message, the Coca-Cola owned company has gone against promoting the benefits of its fruity product to poke fun at outdoor advertising. Predictably, people have applauded Oasis’ confident efforts, enjoying the refreshingly honest nature of the prints. However, it isn’t the content that really stuck a chord with us, but rather the way in which the business communicates its idea – after all, it’s a concept that seems more fitting with a teenager’s Instagram feed than the communications of one of the country’s leading drinks brands. That is, until you see Oasis’ Twitter feed.

To understand how this campaign came to be, it’s important to journey back a couple of months. Traditionally, social media was used for two commercial reasons: to sell and to interact with people. But now it’s just as important to actually sound like the humans you want to attract or, even better, people with a considerable following – be it Ned Stark or a contoured Kardashian. For the past year, Oasis has been slowly crafting a consistent tone of voice, sending out honest, worldly observations more prone to mentioning Star Wars than the ingredients in its thirst-quenching products. 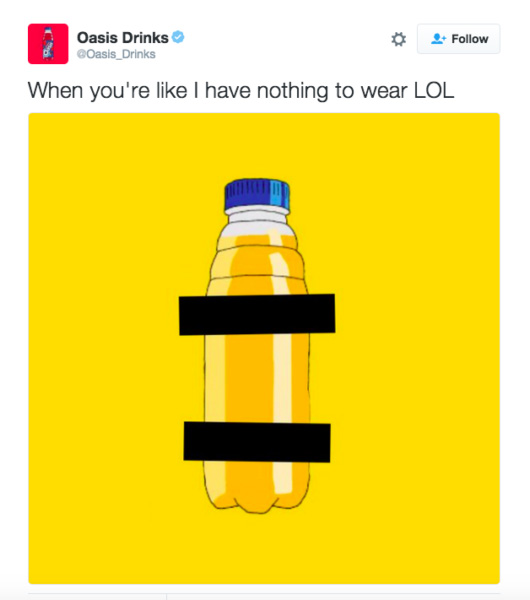 That’s why its summer campaign should come as no surprise – and probably doesn’t to its faithful followers. The messaging is substantial proof of a successful social strategy infiltrating mainstream above-the-line and shows how power is shifting from traditional media to digital. And it’s a move that more brands are destined to follow. The money Oasis saved on its media budget surely put an even larger smile on Mr Coca-Cola’s smug face.

So should we really be shocked that the campaign is going viral? Not in the slightest. The idea started on social media so why shouldn’t it return to orbit the Twittersphere? Perhaps it’s clear evidence that the likes of Instagram, Snapchat and Periscope are to become the final resting place for traditional media. And a bright signal that social strategy is ready to continue its rise to the forefront of branding.