Music is a powerful old thing. It has the ability to draw tears from the hardest of rocks, bring back the most distant memories and get people dancing, even when they really shouldn't be. It’s a provocative, immersive, collaborative, electric, personal, buzzword-friendly medium. But it’s not alone in this special emotive space. The same can be said of a powerful piece of writing – heck, it’s probably why the two go so nicely hand in hand.

Since the turn of the century, music has seen a monumental shift. From that famous black turtleneck bringing about an iTunes revolution to unlimited choice at the touch of a button (or utterance of a voice), like all other digestible content everything is now on-demand. Gone is the traditional top 40, replaced with stream-happy figures. Even the joy of actually owning songs seems to be diminishing, replaced with a listen-when-you-want approach. Voice activation, personalised playlists, content sharing. It all seems obvious now, yet I’d bet good money the iPod-mini-touting you didn’t predict it in the noughties.

So with all this change, just how are brands such as Apple, Spotify and Sonos talking about music and the people it touches? In a nutshell, rather interestingly.

The best place to start is with the headline that really ignited the internet music revolution: “1000 songs in your pocket.” In its perfect simplicity it couldn’t have hit the nail on the head better. It helped people understand this progressive new product, while making them feel part of the fun. It felt warm, personal, cool. 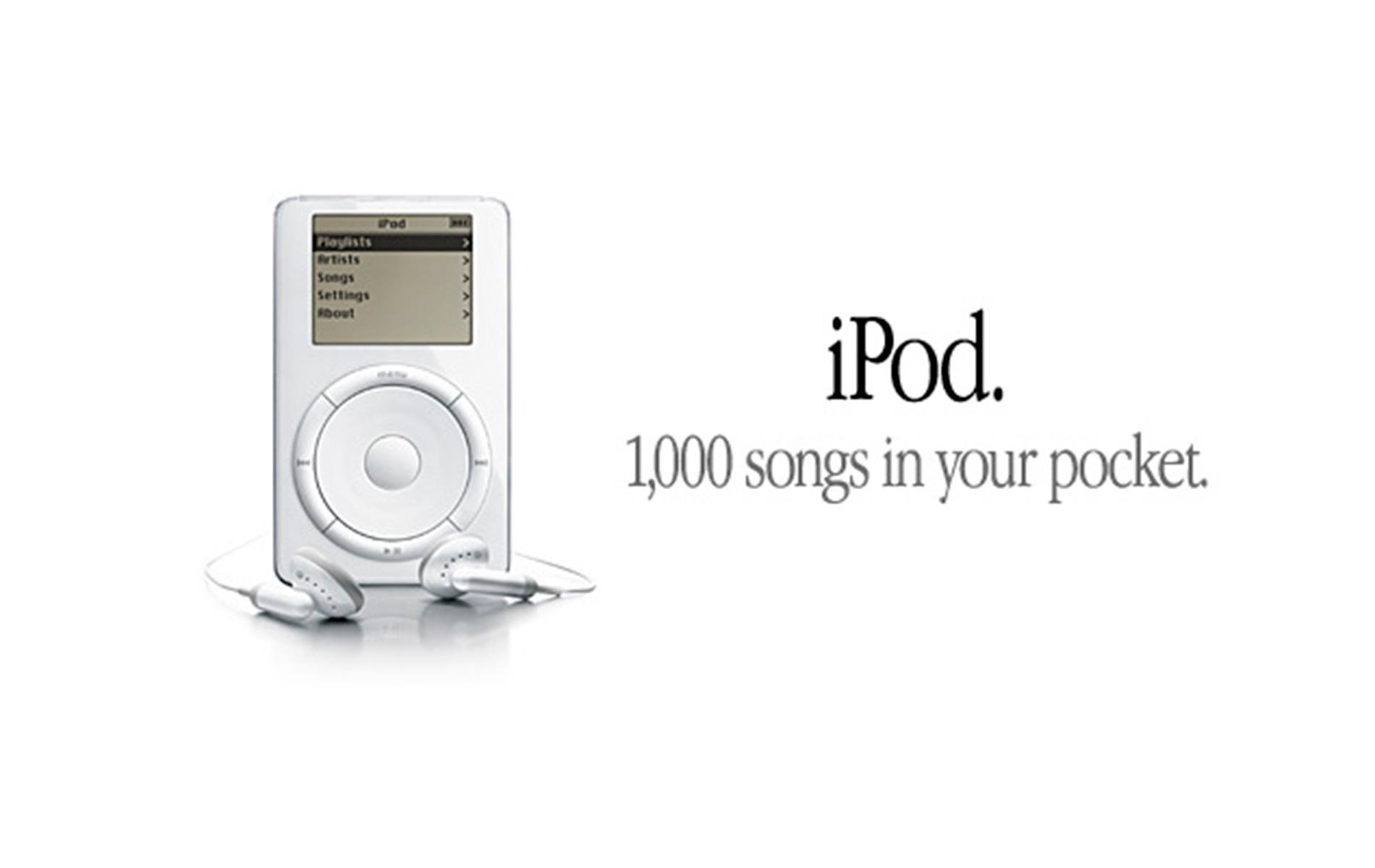 But in the 15 years since Mr Jobs brought the now infamous line to the stage, Apple’s music department has stalled. Yes, it’s launched Apple Music, but there’s a clear reason why it currently trails Spotify by 20 million paid subscribers. Where once there was a clever minimalism to everything they did, now it relies on its own logo or everyone’s favourite overused Brit Mr. Corden to inject something, anything, into their brand. Even if it means dressing up as the Spice Girls. That simple way of writing that inspired millions has vanished. The warmth has chilled, personality hardened, cool has turned old-school. Thankfully others have picked up the mantle. 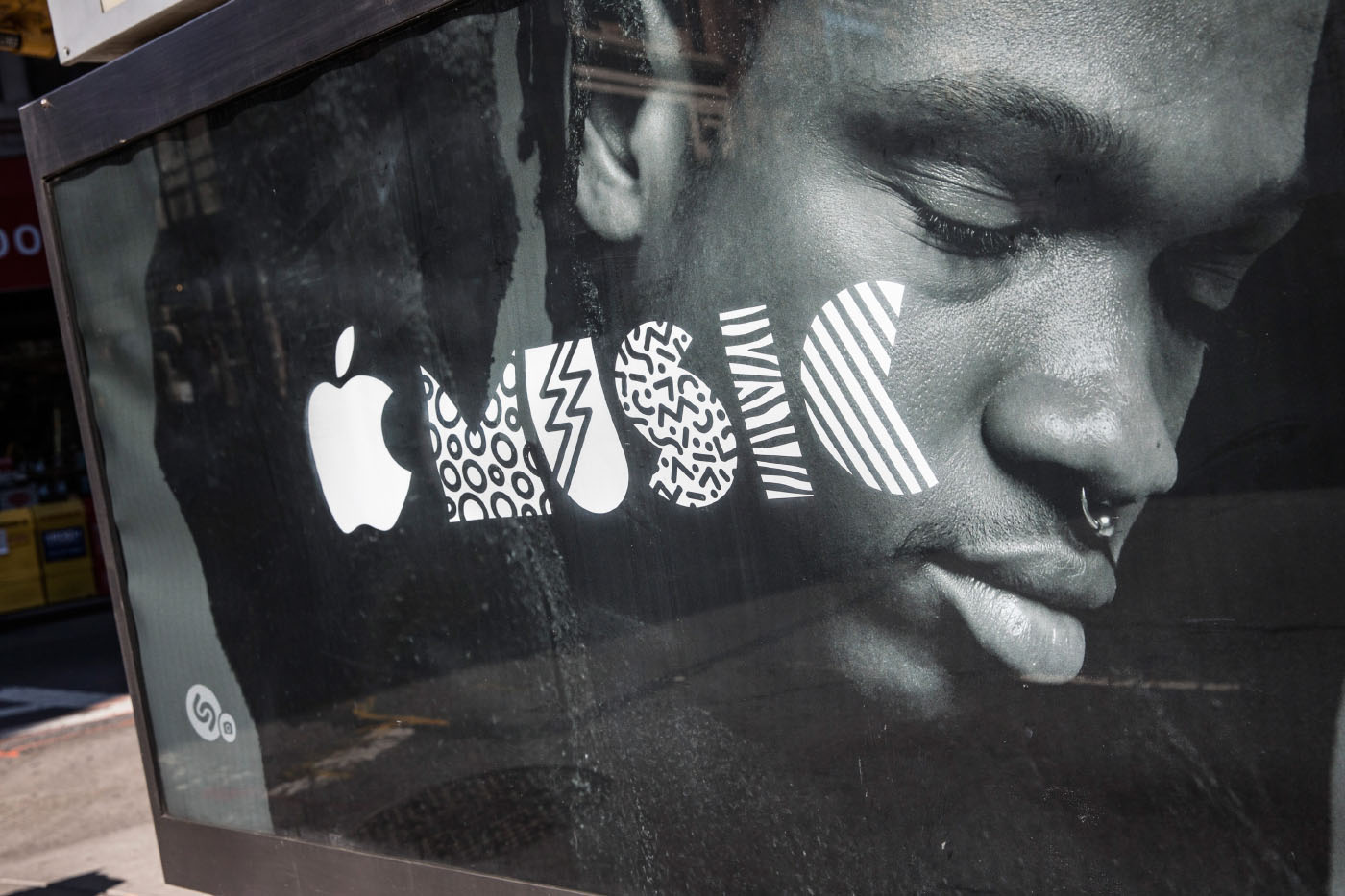 NEW YORK, NY - AUGUST 07: An advertisement for Apple Music is posted on the streets of Manhattan on August 7, 2015 in New York City. After launching in June Apple announced it has attracted 11 million users during its trial period. (Photo by Andrew Burton/Getty Images)

First up, Spotify. With a system that revolves entirely around its users – offering tailored playlists, on-tune recommendations and new music Fridays – it consumes reams of data every day, before translating it all into personal, witty messaging. Whether it’s offering up ‘your coffee break’ playlist around 11am or slapping an advert about the reopening of Fabric up on a billboard, everything it does feels built around people. It’s consistent and smart, and plays perfectly into the world it operates in. Everything feels of-the-now, on-demand, relevant. And that’s reflected in a tone that’s just as likely to discuss Brexit as Bieber. 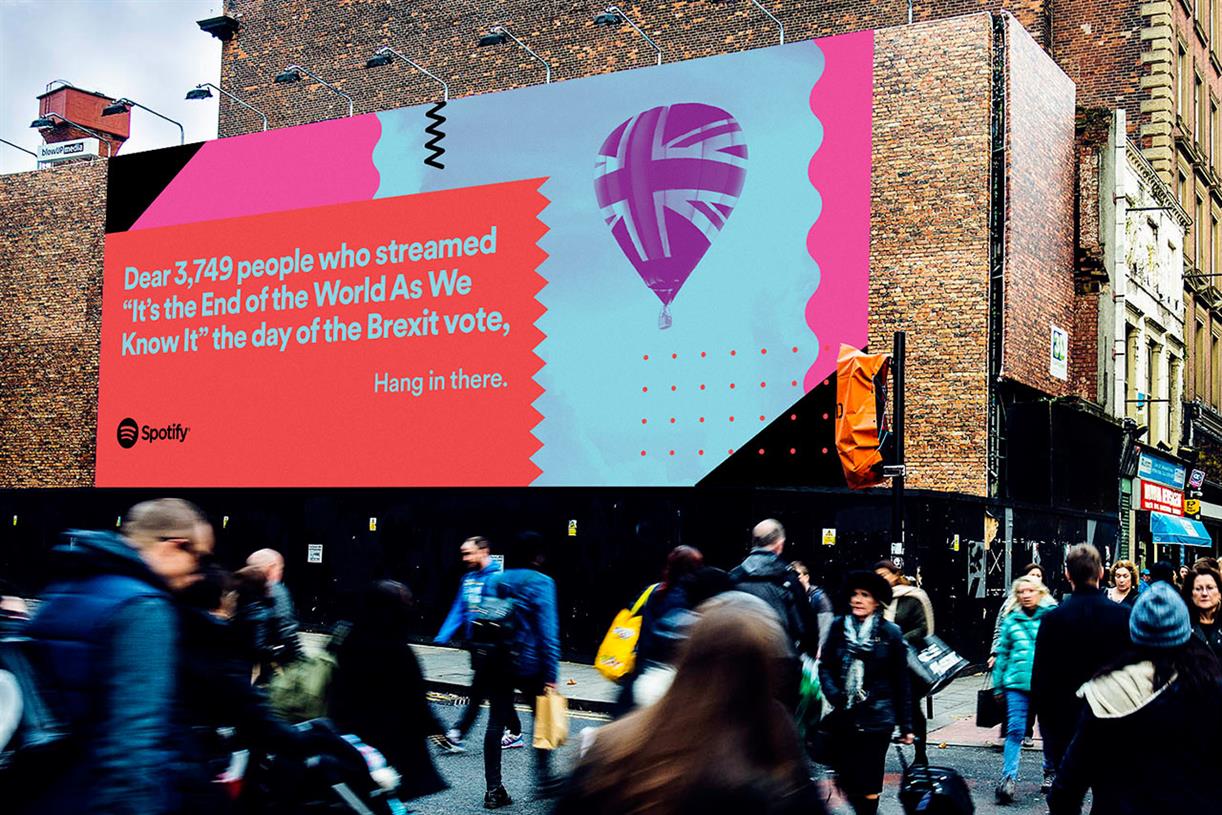 Likewise, Sonos has managed to capture people’s imagination the world over with an encyclopaedia of #ListeningFails. Again, the concept gets personal with the audience – the line ‘you’re better than this’ couldn’t be more personal – but it’s the language that crops up on the website that really hits the sweet spot. With fails including ‘rushify’ ‘bluetooth balls’ and ‘sad metal’, Sonos has taken common insights and turned them into clever, shrewd digs at ‘how listening went wrong’. The result is memorable messaging that is relevant, respectable and, with the tone, rather damn entertaining.

So what’s the winning formula? Has Apple truly lost its mojo? It would seem success boils down to two things: you, and the world you live in. Like music itself, finding the taste of your listeners is the only way to reach the top. Through writing, brands can create a bond that stretches beyond design and in to an emotive space that pricks the attention like your favourite melody. Pining for our ears. Wanting to be heard.

Grounding this in a relevant space is also crucial. While ‘1000 songs in your pocket’ sounded incredible when it first launched, ‘4 million songs in your pocket’ doesn’t exactly scream ‘wow’ nowadays. Why? Because that’s not how we interact with music. Now, we want everything instantly – and exactly when it suits us. Whether it’s a song to lift our mood, laugh about or cry our eyes out. Whether we need it now, tomorrow or in three weeks. Music is the soundtrack of our lives, the closer music brands feel to that, the better.