Our work with food charity One Feeds Two also performed well on the night, winning a Gold Award for Best Visual Identity From a Charity, and Silver Awards for both Best Brand Evolution and Best use of Copy/Style/Tone of Voice.

Since the new Fitness First brand was launched in early 2014, UK membership has grown for the first time since 2009 and they've attracted over 41,000 new members. The rebrand has returned the business to profitable growth, focusing on the benefits of getting fitness into your life. As a result the pace of the global rebrand programme has doubled, and a new digital platform is set to launch later this year.

We began working with One Feeds Two over a year ago, having been inspired by their challenge to businesses and suppliers to do more to fight food poverty. Each meal you buy carrying the One Feeds Two logo means a child in poverty gets a free school meal ’ with over 500,000 meals have been distributed so far. One Feeds Two are now a bold, mass market brand, building relationships with national organisations including Cook and Higgidy Pies, and currently in negotiation with a major national retail chain. They're uniting an industry, and tackling one of the world's biggest problems through heading a movement for happier meals. 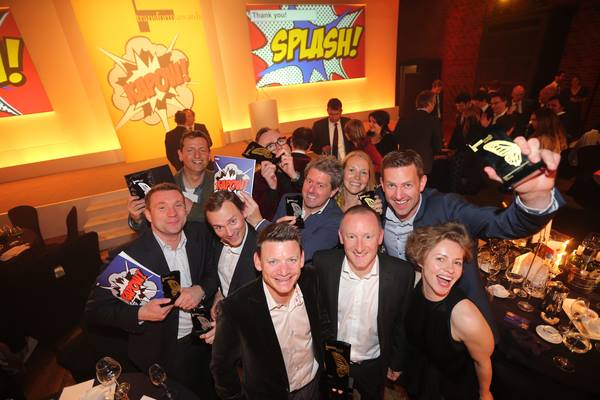 Fitness First, One Feeds Two and The Clearing at the Transform Awards Europe

The Transform Awards focus on rebranding and brand development, with entries from across Europe in all industries. It's just where we want to be recognised, and it was great to see our work being applauded by jumper-loving host Gyles Brandreth (who didn't actually wear his jumper). We want to thank our adventurous clients who've trusted our thinking, and our brilliant writing, design and strategy teams here at The Clearing. Take a look at our award-winning work for One Feeds Two and Fitness First.