We're delighted to announce the launch of McLaren's F1 car, featuring new livery designed by The Clearing in collaboration with the McLaren team. We've loved working on this fantastic opportunity to develop a pure breed McLaren livery, true to their DNA. The use of orange is inspired by McLaren's history, with their first ever victory in 1968 achieved in a car with distinctive orange livery.

The car is a radical departure from the days when the name of car and livery was determined by title sponsor logos. McLaren have named the new car the MCL32, breaking with the "MP4' naming system in place since 1981 which referenced "Marlboro Project 4'. The new "MCL' name signifies a new McLaren car free of title sponsorship. 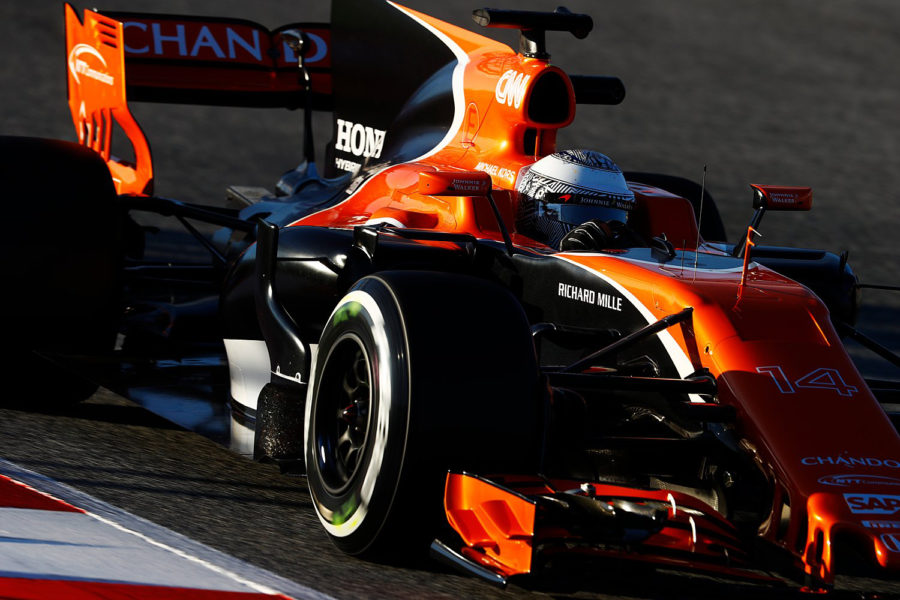 Andy Howell, Creative Director & Founder at The Clearing said, "The new car livery is a significant shift away from the traditional coach lines and go faster stripes associated with Formula 1. It's been incredibly exciting to be part of the team drawing inspiration from McLaren's past to create this bold, striking livery design for the future. Let's hope the fans love it!"