"Design is an undeniably broad term. Perhaps "broad' doesn't quite touch the sides. It is design that creates renewable energy solutions, masterworks of engineering and revolutions in prosthetics. Yet design also creates fonts, magazine layouts and computer games.
All of these things make up the Design Museum's Designs of the Year 2015 exhibition, so is it any wonder that the show seems a little lost? A little broad?

While some entries still cling to traditional notions of design, there are others that move so far into the realm of visionary futurism that the exhibition itself begins to feel a bit stretched.

BMW's new hyper-efficient i8 roadster sits a few metres away from the Modern Design Review magazine (nominated for its beautiful layout), which in turn appears close to Human Organs-on-Chips, new technology that could end medical testing on animals. It's an impressive contrast but the overall effect is disorientating.

Nonetheless there were plenty of illuminating items on show. Here's what we took out of it: 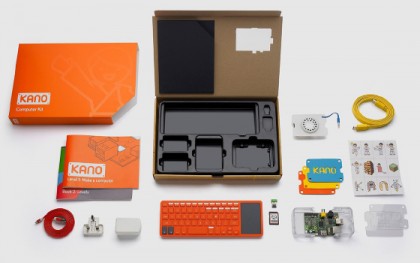 A generation of tech natives?

There were a couple of entries that show a clear trend towards immersing children into tech literacy from an early age. Whether it's children learning how to create games with the DIY Gamer Kit or coding for all ages with the Kano computer kit, we saw equipment that gives young people the confidence to handle tech creatively. In terms of technological innovation, the future could be very bright indeed. Are we nearing a time when children are as fluent technically as they are verbally? 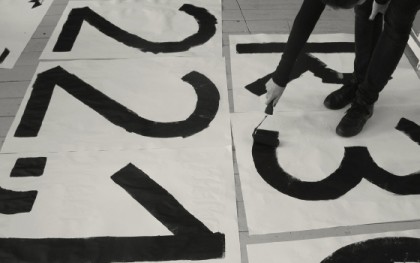 The ever-advancing march of technology is strong, but some designers find themselves drawn to more basic craft. In the same room as Google's self-driving car and Current Table (a desk that enacts photosynthesis, turning light into electricity), we have Endgrain (a wood colour-staining initiative) and the Glasgow International 2014 font design (made from hand-painted lettering). This feels like part of a wider reaction to the digital age whereby people embrace old techniques. Here we see designers enhancing the traditional with the possibilities of technology - something we'll probably be seeing a lot more. 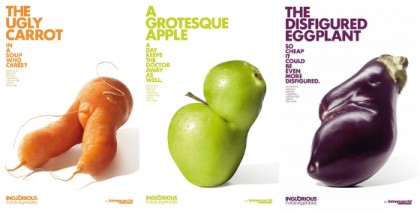 Inglorious Fruits and Vegetables is a witty campaign for French supermarket chain Intermarch that presents much-maligned "ugly' fruit and veg in a wryly-humorous manner. It isn't just graphically striking ’ it works more roundly as a concept and stands out in an exhibition where purpose is often hard to articulate. The work may have been an ad campaign, but other mediums take note: in the busy marketplace, concept is king. 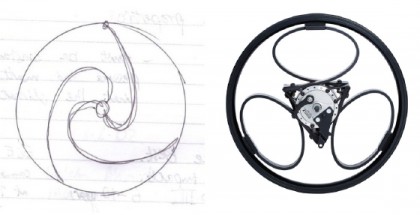 The advertising for the exhibition confidently asserts: "Someday the other museums will be showing this stuff'. It's hard to say whether anything from the show is going to change the world ’ although admittedly Loopwheels has quite literally reinvented the wheel.

It's difficult even to say what the true purpose of Designs of the Year is. Is it genuinely the competition it purports to be, or really just a showcase to bring design to a wider audience? If it's the latter it would be wise to make it more accessible, with more interactive exhibits, presented in a format that suits them conceptually.

Many of the projects are worthy and world-improving (like Project Daniel, a South Sudan 3D-printed prosthetics lab), but they sit next to others that feel a little superficial (an interactive lamp post that plays with your shadow, anyone?). It's an impressive array of exhibits, but where is the Design Museum's renowned curatorial rigour?

Designs of the Year is reaching a stage where it needs a rethink. The changing nature of what design means (or can mean) is disrupting the clarity and direction of the show.

In these times of change, the organisers need to ensure that the exhibition truly reflects the exciting developments just around the corner.

Designs of the Year 2015 is at the Design Museum until the 23rd of August.